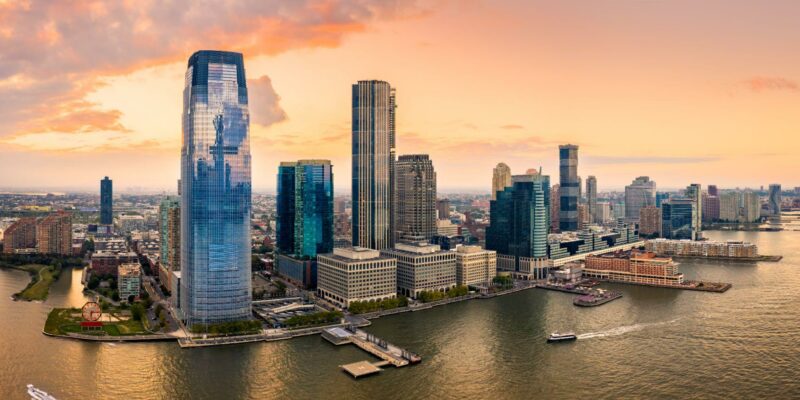 Most people know that multiple cities in the US are simply unaffordable for an average US citizen. Some of the most famous examples are New York City, San Francisco, and Los Angeles. The high prices for these cities can be justified by the high international demand for housing in the areas.

Of course, there are other factors that affect housing prices. Sometimes, a low supply of housing may be the factor for high housing prices even when the demand is moderate.

Because of the relation between supply and demand, some less famous and less populated cities may have a higher price per square foot of a condo space than most popular cities in the US.

It is also important to understand that the average condominium size may differ depending on the region and legislation effective in that region.

Because of that, comparing condominium prices as a whole may be misleading since some cities may have average condos twice the size of condos in other cities.

Instead of focusing on the absolute prices of the condominiums, this article provides a list of the top 5 most expensive US cities for buying a condominium based on the price of a square foot of space from the most expensive to least expensive.

Santa Barbara is a small city in California state that is located on the coast of the Pacific Ocean. It is a relatively small town that has approximately 88,665 residents. Santa Barbara is known for its long and sandy beaches on one side of the city as well as for the beautiful landscape of the Santa Ynez Mountains on the other.

Some people may find it surprising that Santa Barbara is considered the most expensive city to buy a condo. Even though it is an attractive destination for tourists, it is not nearly as popular as other resort cities such as Miami or Las Vegas.

It is estimated that only 1% of people living in Santa Barbara can afford to buy a house without any external financial support.

Fremont is located in California in the Bay Area. It is one of the most populous cities in California with a population of approximately 230,504 people.

Fremont is known for its developed tech industry that has close ties with the tech giants operating in Silicon Valley. There are many research and tech companies that provide high-income employment opportunities for citizens.

The largest single employer is Tesla, which employs around 13,000 people in Fremont alone.

These luxury condos, in turn, drive the average price per square foot of a condo up. It is possible to find housing that is on the low end of the housing price range, but they tend to be quite old as current real estate developments mostly focus on luxury condos.

New York City consists of 5 boroughs: Manhattan, Queens, Brooklyn, Bronx, and Staten Island. The average price per square foot in all of the boroughs is around $1,425 although the average price from borough to borough ranges drastically.

For example, an average condominium price per square foot in Manhattan is $1,989 while an average price in the Bronx is only $350. Because of such a large range of prices, on average, the condos in New York City are considered cheaper than condos in Santa Barbara and Fremont.

Even though the average price is lower than in Santa Barbara and Fremont, New York City has many luxurious properties that are much more expensive.

New York City has many developers and relatively low restrictions on real estate development projects, which allows the city to provide affordable accommodation as well as high-end condominiums.

New York City is a financial center that operates globally. This means that many international investors are interested in owning a piece of real estate there for personal, business, and investment purposes. International investors increase the demand for luxury condominiums and properties generally, which contributes to extremely high prices on real estate in some areas.

San Francisco is considered one of the wealthiest cities in the United States. Its proximity to Silicon Valley made San Francisco home to many tech giants.

This concentration of wealth has been driving up housing prices in San Francisco for quite some time. It is not only prohibitively expensive to buy a condo there, but it is also very difficult to find a reasonably priced rental property.

Because of that, the cost of living there is much higher than in most US cities. It is estimated that San Francisco residents need to earn around $230,000 per year to sustain a comfortable lifestyle in San Francisco.

Lately, Jersey City has become a favorable place to move by the young professionals and even families. It is a diverse city with many amenities such as restaurants, bars, parks, and stunning news all around the city.

With the increase in rental income, many investors from all over the United States started buying properties driving condo prices up. Currently, Jersey City is among the top 5 most expensive cities to buy any type of property, not only condominiums.

Jersey City is a vibrant city with many job opportunities. Currently, this city experiences an outflow of people of age over 60, who have retired and are looking for a more quiet and less hectic lifestyle.

On the other hand, young professionals move closer to the city because of the lifestyle and job opportunities it has to offer. If anyone wants to move to other cities to buy a home or condo those are a bit less expensive like Pensacola Florida then suggesting to check condo for sale in Pensacola Florida where reliable information is available for all.

These young professionals tend to be high-income individuals who can afford to spend thousands of dollars on rent for the convenience of living in the city.