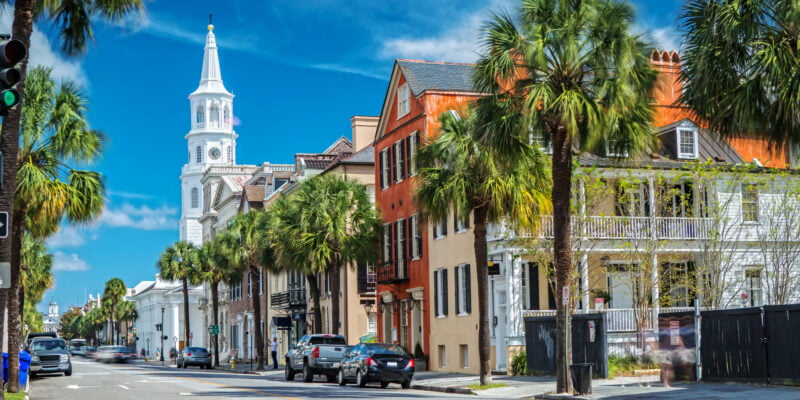 Columbia, South Carolina, is one of the smaller capital cities in the United States. It’s not even the largest city in its state. Columbia is growing and has earned recognition from many experts for being… This article will look at the current state of the housing market in Columbia, SC.

Columbia, South Carolina, might not be on your radar as one of the places to invest in real estate, but it’s worth looking at what the market is doing.

In September 2021, News 19 reported that Columbia is the 10th fastest growing city in the nation, according to the U.S. Census Bureau. Although the city itself only has a population of about 136,000, the metropolitan area hosts around 830,000, and it is an attractive market. Data USA offers some great demographics of the community.

The city is home to the University of South Carolina, which is helping to bring more businesses and jobs to the area. Columbia is proud to be the site of Fort Jackson and nearby McEntire Joint National Guard Base. Key employers in the area include the South Carolina state government, Blue Cross Blue Shield of South Carolina, USC, UPS, and many healthcare organizations.

It’s a diversified economy. But according to a 2020 report commissioned by the Columbia City Council found that taxes are much higher in Columbia than in Charleston and Greenville, two other key cities in South Carolina. But South Carolina itself has a low tax burden.

Best Places gives Columbia an 84.3 cost of living score. It’s much cheaper than the national average. U.S. News & World Reports ranks Columbia as one of the best places to retire in the U.S. Niche.com gives Columbia an A grade, with strong supporting scores for public schools and housing.

What Is the Real Estate Outlook for Columbia?

Columbia’s suburbs are growing in popularity. As with most urban areas, the real estate market in Columbia is highly competitive. Redfin reports that most homes for sale get multiple offers and can go pending in as little as 2 days on the market at 1% to 5% above list price.

Realtor.com reports that the median listing home price was trending up 15.4% over last year. One nice thing about Columbia is that in April 2022, according to Realtor.com, it was a buyer’s market. Currently, the supply of homes in Columbia is greater than the demand, keeping home prices more balanced than in other places in the county.

WalletHub lists Columbia as one of the best cities for renting, which is another limitation of the real estate market in the community. Investors may find plenty of renters, but rental properties can decrease the value of homes in the neighborhood, making this problematic for homeowners. It can be cheaper to rent a home in Columbia than to be a homeowner. Columbia has a strong rental market, largely due to its military and student populations.

Prior to the pandemic, the U.S. Development of Housing and Urban Development estimated that over 10,000 new homes would need to be built in Columbia to keep up with demand from 2019 through 2022. Although the pandemic may have slowed demand, it’s still anticipated that new construction homes will be popular in Columbia. There are plenty of affordable new homes from quality builders in the area, and more new homes are being built daily.

Columbia sits on the boundary between the Appalachian Mountains and the coastal plain. It has an awesome climate, which is one of the reasons it is a popular city for retirees. With Congaree National Park and Sumter National Forest so close to the city, conservation efforts are impacting the real estate market.

The city cannot spread out due to many lands being off-limits to development. Still, there are some new construction homes that are very affordable compared to the rest of the nation. It’s a good time to purchase a new construction home while mortgage rates are still fairly low. It’s anticipated that the Federal Reserve will continue to raise interest rates higher to curb inflation in 2022.

Columbia SC Is a Good Market

Columbia is centrally located in South Carolina. It’s a 2-hour trip to Charleston or 2.5-hours to Myrtle Beach. The economic outlook for Columbia is positive. The capital city has a strong job outlook for the next decade.

This strongly supports a good housing market for homeowners and investors. There’s been a revitalization of downtown, bringing more jobs into the area, which means people will follow. Given the lower cost of living in the city along with the quality of life, the population is expected to grow.

HUD’s Comprehensive Housing Market Analysis for the Columbia area was positive prior to the pandemic. Conditions have changed a little, so the market may not be living up to its potential, but the forecast is good for Columbia real estate.