The Importance of Electric Vehicle Adoption 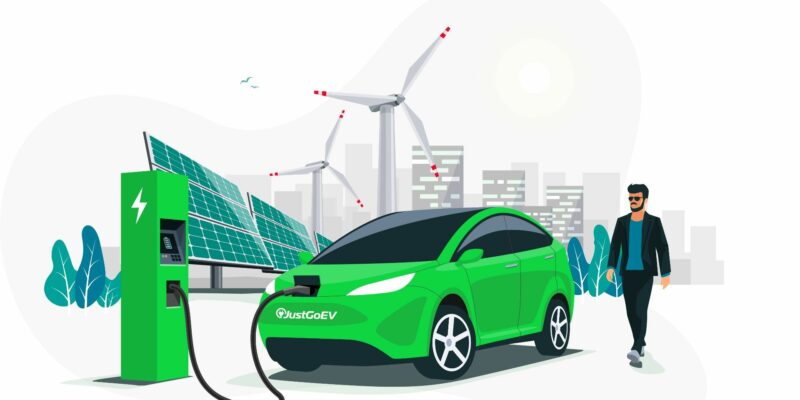 In the domain of the automobile industry, the concept of an electric vehicle (EV) is a relatively recent one. Although some automakers have built their entire line of vehicles around using electricity and being proactive, several also provide hybrid cars that run on both gas and electricity. Electric vehicle adoption is a fantastic method for you to support a stable and healthy environment while also saving money.

Battery Electric Vehicles (BEVs): BEVs are also referred to as all-electric cars (AEV). Electric drivetrains driven solely by batteries are used in BEV-based electric vehicles. The enormous battery pack that stores the electricity required to power the car can be charged by connecting it to the power grid. One or more electric motors are then powered by the fully charged battery pack to drive the electric vehicle.

Hybrid Electric Vehicle (HEV): HEVs are also referred to as parallel or series hybrids. HEVs have an electric motor in addition to an engine. Fuel powers the engine, while batteries provide electricity for the motor. Both the engine and the electric motor turn the transmission at the same time, which helps in driving the vehicle.

Plug-in Hybrid Electric Vehicle (PHEV): The term “series hybrid” also applies to PHEVs. Both an engine and a motor are present. You have a choice of two types of fuels: conventional fuel (like gasoline) and alternative fuel (such as biodiesel). A battery pack that can be recharged can also power it. The battery can receive external charging.

Fuel Cell Electric Vehicle (FCEV): FCEVs are also referred to as zero-emission vehicles. To create the electricity needed to power the car, they use “fuel cell technology.” The fuel’s chemical energy is instantly transformed into electric energy.

You never have to buy gas again since electric automobiles are totally charged by the power you produce. Driving a car that runs on petrol might drain your wallet because fuel prices are at an all-time high.

The best part about the electric vehicle is that you won’t have to rush to the gas station to recharge it before heading out on the road! An electric car may even be charged using a regular wall outlet.

Many modern automobiles provide excellent incentives for you to obtain money back from the government for turning green, and these cars may be fueled for incredibly low prices. In your own life, electric automobiles can be an excellent way to save money.

The main benefit of an electric vehicle is its environmental friendliness. Since their engines are powered by electricity, electric cars are completely environmentally benign. Since it uses a clean energy source to power itself, it doesn’t release any harmful fumes or smoke into the air. As emissions are produced by hybrid automobiles that run on gas, they are much better. You’ll help maintain a clean, green environment.

Since the engines in electric automobiles are electrically powered, there is no need for lubrication, anything connected to the combustion engine, or the numerous maintenance procedures that are typically involved with a gas engine.

Noise pollution is reduced by electric cars because they are significantly quieter. Over longer distances, electric motors can deliver a smooth drive with more acceleration. Electric car users can save up to tens of thousands of dollars a year.

Due to the large number of carbon emissions produced by cars, which are released into the atmosphere, we are more susceptible to pollution and greenhouse gases. An electric vehicle adoption is an excellent step in the right direction for the environment we live in. There are several companies that offer electric cars. You can get your choice of vehicle and take a step towards contributing positively to the environment.